Moreover, as most prisoners were in good health when they arrived, these nurses were not utilized to their full potential. Life for a black army nurse at POW camps in the South and Southwest United States was particularly lonely and isolating as they were forced to eat in segregated dining halls, regularly left out of officer meetings and social functions, and refused service at restaurants and businesses in town.

In the last year of World War II, with the casualty rate of American servicemen rising rapidly, the demand for nurses also rose.


President Roosevelt, in his State of the Union Address in January of , announced plans to establish a nursing draft. Ignoring the 9, applications that the Army Nurse Corps had received from African American nurses, President Roosevelt declared that the draft would be instituted unless 18, additional nurses volunteered for service. An outcry arose among the National Association of Colored Graduate Nurses and civil rights organizations.

Congressman Adam Clayton Powell, Jr. It is absolutely unbelievable that in times like these, when the world is going forward, that there are leaders in our American life who are going backward. The legislation ultimately died in the Senate and was never passed. By the end of the war, approximately African American nurses held commissions compared to 59, white nurses, accounting for just 0. Despite the racial segregation and discrimination that African American nurses experienced, they fought for their place within the Army Nurse Corps and earned their right to serve their country. In , just over seventy years after President Truman signed the order to desegregate the military, African American nurses make up approximately 17 percent of the Army Nurse Corps.

In December of , Lt. Army Surgeon General, making her the first female lieutenant general and the highest-ranking female graduate of the U. Military Academy. July 07, Accessed May 18, Keeling, Arlene W. Nursing During the Influenza Pandemic. At a May reading in New York to celebrate the publication of Behind the Lines , the author Kurt Vonnegut read a letter he had written in after surviving the firebombing of Dresden and which was published for the first time in Carroll's book.

In , Carroll approached book publishers and encouraged them to revive the Armed Services Editions ASEs , which were paperback books formatted to fit into a cargo pocket and distributed specifically to American troops during World War II. Beginning in , the U. This giveaway represented the largest free distribution of fiction and non-fiction books in the history of the world. More than 1, titles were published, including mysteries, biographies, crime stories, adventure novels, and classic works of literature by authors such as Ernest Hemingway , John Steinbeck , and Herman Melville.

The original ASEs were discontinued in In , Carroll began working with major publishers to bring back the ASEs. John A. Unlike the original ASEs, the new books were paid for entirely with private donations. No government funding was used. In , the chairman of the National Endowment for the Arts NEA , Dana Gioia , and the poet Marilyn Nelson the daughter of a Tuskegee Airman , conceived an idea to encourage military personnel and their loved ones to write about their wartime experiences in Iraq and Afghanistan.

With funding from the Boeing Company , the NEA launched "Operation Homecoming," and encouraged active duty service members, veterans, and their families share their letters, emails, short stories, poems, and any other writings to the NEA. The NEA received an estimated 10, pages of material, and the agency asked Carroll to edit the material into an anthology. Troops and Their Families , on a pro bono basis.

The hardcover edition was published in September by Random House , and a paperback edition, which included additional material, was published by the University of Chicago Press in Carroll also wrote, A Guide for Writers , a free, page booklet published by the NEA that was created to help other workshop leaders and potential authors, including active duty troops, veterans, and their loved ones, write about the military experience. The program and book also inspired two films: One directed by Lawrence Bridges , titled Muse of Fire and features Kevin Costner and people involved in the program, either reading their written works or talking about the program's mission, [48] [50] and a second documentary, Operation Homecoming , directed by Richard Robbins, which was broadcast on PBS and also shown in movie theaters nationwide.

Robbins' film included re-enactments of the written material along with voiceovers by prominent actors, including Robert Duvall , Aaron Echkhart , Blair Underwood , and John Krasinski. Robbins' documentary was nominated for an Oscar and won an Emmy. In June , Carroll launched the "Here Is Where" campaign, an all-volunteer effort to find and bring attention to unmarked historic locations throughout the United States. Carroll traveled to all 50 states to find these overlooked sites, and he chronicled his journey in the book Here is Where: Discovering America's Great Forgotten History. Carroll has also used funds from his Here is Where book to pay for and put up plaques and signs at some of the unmarked places he found.

In November , Carroll wrote an article for National Geographic magazine about his trip to almost 40 countries around the world. The article was read by a theatre professor named John Benitz at Chapman University , who contacted Carroll and suggested that Carroll's travels, along with excerpts from the letters he found, could be the basis of a play. Carroll agreed and sent Benitz a script, which Benitz workshopped with his students.

In , Carroll donated his entire collection of approximately , war letters to Chapman University. Carroll is the Center's founding director. The book includes previously unpublished letters by Pershing , including several that relate to the fire that killed Pershing's wife and three young daughters at the Presidio , while Pershing was stationed at Fort Bliss in El Paso, Texas. The exhibit included letters written by service members and their loved ones before, during, and after World War I. 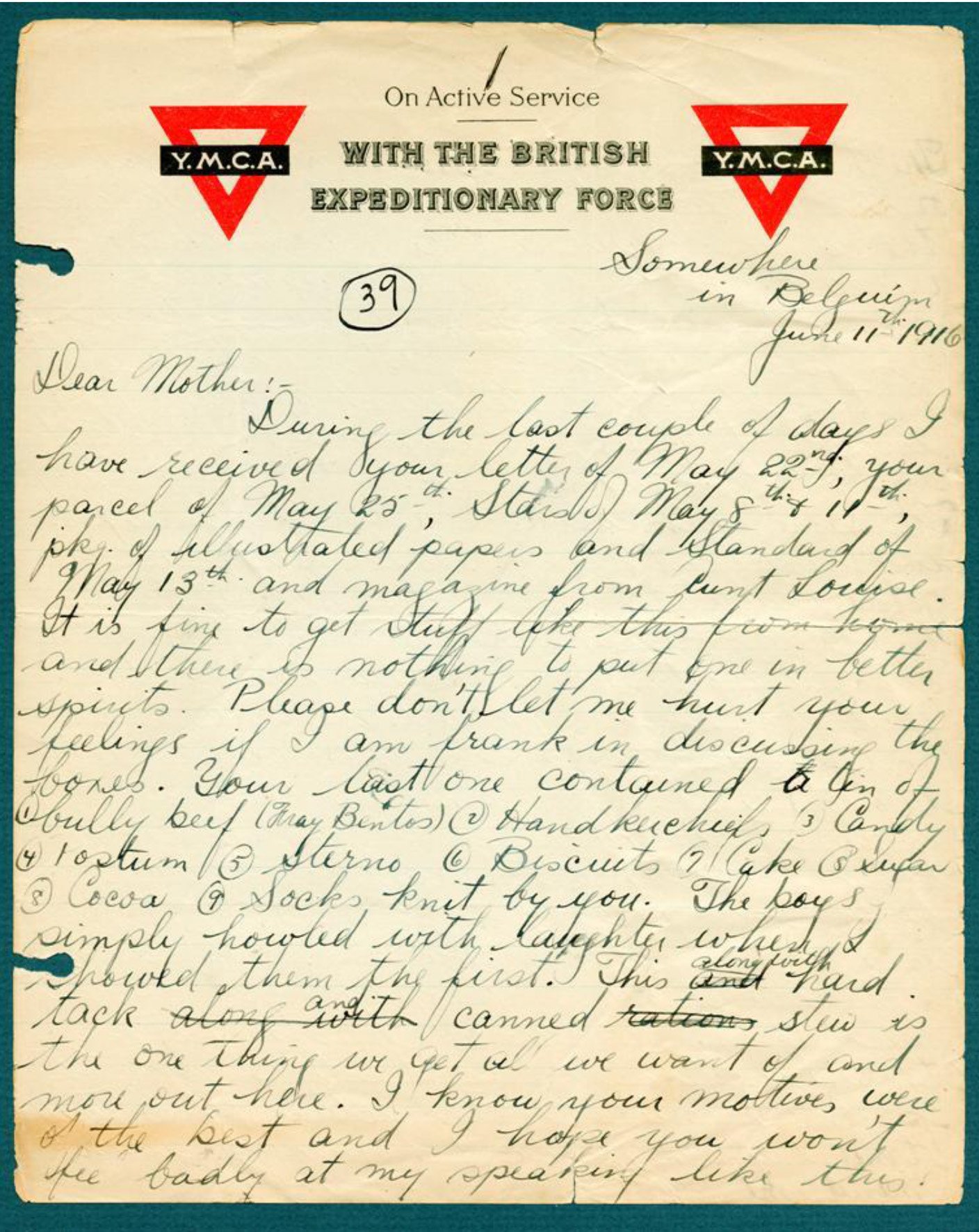